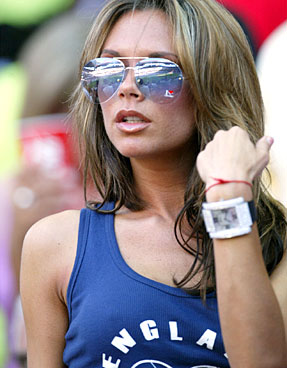 Some parents at Apopka Memorial Middle School in Florida are upset with the way the school chose to educate its students about the Holocaust: Those with last names beginning with L-Z had to wear armbands with stars on them for a full day.

Those with stars upon thar’s weren’t allowed to sit down in class, were forced to use only certain drinking fountains and endure other forms of “persecution” so that they would understand what it was like to be a “Jew for a day.” Parents weren’t informed of the exercise and complained to the local news.

Humph. I can’t decide if I would applaud my kids’ school for organizing something like this, then springing it on everyone so as to retain maximum emotional reaction, or be totally pissed that the teachers and administrators would attempt to “educate” my child in such an emotionally manipulative fashion.

After thinking about it for five minutes, I’ve decided on the latter. Yes, Holocaust education is extremely important. But if children  both Jewish and non-Jewish  are scarred by this little activity and become resentful and distrustful of their educators, how does that help?

Jews are blissfully underrepresented in a list of America’s celebrity idiots, according to a random telephone survey conducted for April Fool’s Day (that’s tomorrow … har har, just kidding. Watch out for whoopee cushions; I’m geeky like that.)

No. 1, for the fourth year running, is everyone’s favorite anti-Semite/child buggerer Michael Jackson. Dick “Sure Shot” Cheney comes in at No. 2, while his “boss” W. shares the No. 3 stop with the world’s most recognizable skank, Paris Hilton.

Disgraced lobbyist/occasional frumster Jack Abramoff escaped the top ten of America’s Most Foolish Inviduals, but Paula Abdul, who’s half Jewish, came in at No. 8. Statistically speaking, that’s less that the general population. (But things even out if we count Madonna, No 10, so let’s not for the purpose of this post.)

But the joke’s really on the people who voted  Kate Moss is No. 12 on the list and she’s not even American.

Not that anything can ever top last year’s “Who Let The Jews Out,” but someone has to carry the torch of silly Flash movies created solely for the enjoyment of under-employed Jews.

Thanks to this Village People spin-off, matzah has never been so … um, macho. Or gay. Take your pick.

And here’s a hip hop version of Dayenu, all fresh and looped out from the people bringing us “When Do We Eat?,” the “not your typical stoner-son-slips-Dad-a-dose-of-ecstasy-at-Passover-dinner family comedy,” in theaters April 7.

Todah raba to the BangitoutBlog and Jewlicious.

Look, if there can be an Israeli Anti-Semitic Cartoon contest, I’m allowed to find this funny. Gorgeous half-Jewess Scarlett Johansson was voted No. 1 on FHM’s list of 100 Sexiest Women, which you may not have know because I’m guessing there’s not a lot of cross traffic between this site and theirs.

Not that I was perusing FHM  though I can’t remember who to thank for the tip-off…Yada Blog?

I don’t know if this film from Aliyah Revolution will kickstart anyone’s urge to move to the Holy Land, but it’s definitely an entertaining, provocative Matrix parody.

SomethingJewishUK reports that Andy Warhol’s “Jewish Geniuses” exhibit is on display at London’s National Portrait Gallery. Along with our pal Al here, the show includes paintings of Golda Meir, George Gershwin and the Marx Brothers.

The exhibit had its first showing in October of 1980 at the Jewish Museum of New York and was met with hostility by some critics: The New York Times wrote that it was “vulgar, it reeks of commercialism, and its contribution to art is nil.”

Perhaps  I’m no art critic and not particularly a Warhol fan. But maybe ol’ Andy was miles ahead (as he was wont to be) by delineating the specific notion of Jewish celebrity, thereby paving the way for the recent explosion of “ain’t it cool to be a Jew” media that’s giving more Jews than ever their 15 minutes. Just a thought.

One True Poem From A Housewife END_OF_DOCUMENT_TOKEN_TO_BE_REPLACED 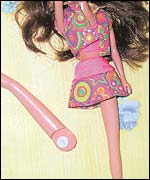