I TAKE my role as a wedding guest very seriously. In fact, I have a checklist:

Flat shoes, ’cause I like to tear up the dance floor once the giddy couple does their first twirl. I can usually find someone’s old aunt to join me in the Charlie Brown.

Also, a roomy purse to take home a slice of cake. Superstition says that if you sleep with it

Chela Gutierrez (l.) married Cody Shelley in front of God and everybody in a ceremony presided over by sometimes-minister Roy Wood.

under your pillow, you’ll dream of your future spouse. I already married my Jewish McDreamy, but I do like my late night snacks in bed.

By far the most important thing to bring to a wedding is a lot of tissues. Witnessing two people declare that they’re in it together for life—even when the toilet clogs and somebody burns dinner at least once a week—always pushes my happy-cry button. And McDreamy doesn’t like it when I wipe my nose on his yarmulke.

For sure I shed some extra tears at the recent nuptials of Cody Shelley and Chela Gutierrez. Not only were these two lovelies totally made for each other, the ceremony had the distinction as my—and many of the other 250 or guests’—first gay wedding.

The scary storm clouds skedaddled at the last second to reveal a glorious, honey-glow afternoon, as clear a sign as any that the heavens were completely on board.

While they had to get their official marriage license across the border in South Carolina (more on that irony later), Cody and Chela—the communications director at Tybee Marine Science Center and one of Savannah’s Fire Dept.’s finest, respectively—exchanged vows April 18 at Juliette Gordon Low Park in front of a diverse crowd of friends, family, co-workers and cohorts.

To be honest, it wasn’t so different from any other wedding, other than that the betrothed each danced down the aisle to the raucous beats of the SCAD drumline. (Pachelbel’s Canon in D is for straight people and Muggles.)

Service Brewing, the Beer Growler and Five Point Beverage kept the suds and bubbles flowing. There were Pinterest-perfect details like Madame Chrysanthemum‘s fuschia feather bouquets and the pink souvenir koozies emblazoned with “C + C”. The homemade lasagna buffet was followed by a rose-festooned cake, courtesy of Cody’s mom, Diana Shelley. (“No pizza in sight,” somebody snickered.)

As internet-ordained minister Roy Wood (“I bought the collar online, too!”) reminded that we were gathered here today for a purpose “both spiritual and of the earth,” I felt the familiar tears of joy rise.

The event may have been monumental in its political significance, but in that tranquil moment under the shimmery pines, it was simply two people promising to share bathroom towels forever.

Still, when Roy declared, “I now pronounce you ‘Wives for Lives!'” I couldn’t help but bawl out loud for the sweet justice of it all.

I wasn’t the only one clutching a bouquet of wadded-up Kleenex.

“Even though we don’t want to make it a big deal, it is,” sniffed artist and landscape architect Lisa Watson, dabbing at her eyes.

For those who grew up in a time when “gay” was something discussed in hushed, disapproving tones, Cody and Chela’s wedding represented a welcome shift in the direction of cultural enlightenment.

(On a related note, Gay Savannah’s Tybee Rainbow Fest takes over the island this weekend.)

“I think it’s so wonderful,” kvelled liberal maven Miriam Center, marveling at the sea change towards the normalization of gay marriage in the last decade.

“They are great girls and deserve all the happiness in the world.”

Most of us feel exactly the same way. The latest poll shows that 61 percent of Americans believe gay marriage ought to be legal, and the same amount agrees that state bans on same-sex unions should not be.

Georgia remains one of the last 13 holdouts still clinging to its puritanical petticoats as the rest of the country flips a double-bird at pathetic prejudices cloaked as “religious freedom.”

How South Carolina—where it is still illegal to make moonshine or, if you’re under 18, operate a pinball machine—became more progressive than us remains baffling.

This week the U.S. Supreme Court will decide whether same-sex marriage bans are unconstitutional, and it’s looking pretty good that the feds will overturn those discriminatory overtures. Attorney General Sam Olens has said that Georgia won’t fight the supreme edict, though I’ll bet my best Ginger Goff flats that legislation akin to the now-strangled SB 129, aka “the religious liberty bill,” will rear its vituperative snake head in the next session.

For those of us who understand that the most important part of the phrase “liberty and justice for all” is the last two words, marriage equality certainly intersects with civil rights. But Cody is surprisingly thoughtful about whether the fight for it is as paramount as society’s other scourges.

“On one hand, the debate is a distraction from issues of systemic violence and injustice. For me, it’s hard to scream about my right to marry while immigrant children are being deported, trans kids are killing themselves, and the school-to-prison pipeline incarcerates generations of black men,” she muses.

“On the other hand, I’d rather confront those inequalities with a wife by my side. And I damn sure want the same legal rights as the next married couple.”

But symbols hold power, and these women showed tremendous courage and generosity by inviting what seemed like half the town to what they called their “big, fat, gay wedding.”

“Our decision to have it in the first half of 2015 was based solely on the upcoming Supreme Court decision,” says blushing bride Cody. (Her sparkling spouse Chela admits all she cared about was getting to dance down the aisle to the drums. That, and getting the girl.)

“I’m proud to have been the first gay wedding for so many friends and families. I hope the experience has a ripple effect throughout our lives and brings even just a few more people to the side of equality and love.”

I hope so, too, and that it translates not only to wedded bliss but to the resolution of injustice for all.

I also hope the SCOTUS ruling means I get invited to a lot more weddings.

But I’m definitely going to need a bigger purse.

Cross-posted from this week’s Connect Savannah. 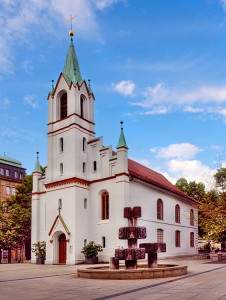 Back in 2011, Kveller.com reposted “Eulogy for A Hot Mess,” a tribute to not-nice-but-oh-so-talented Jewish Girl Amy Winehouse.

I just watched the trailer of the upcoming documentary about her short life and alcoholic’s death and it made me cry all over again for the loss.

*sniff*. One of my favorite awards show moments ever was when she couldn’t stop hugging her mama after she won five Grammy’s in 2008; four years later, her parents had to accept their daughter’s award posthumously.

By the way, they are NOT pleased with the doc, due out out on July 3, saying that it’s “both misleading and contains some basic untruths.”

I’ll watch it anyway, just to hear her charming Cockney accent and see what she was like before the fame monster ate her.

In the meantime, I’m jamming to one of Amy’s most amazing concerts, filmed at Glastonbury in 2007, here. 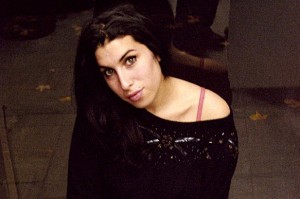 Members of the Jewish fraternity Zeta Beta Tau were expelled from their University of Florida chapter Friday for being totally horrific douchebags.

The UF ZBTs—along with their brethren from Emory University—have been accused of harrassing veterans, spitting on a service dog and trying to piss on the American flag during a wounded warrior retreat in Panama City, FL.

The incident was handled by private security and no video footage has surfaced yet, but eyewitnesses say the frat brats also threw beer off their balcony at the Lake Town Wharf Resort, where the twice-yearly Warrior Beach Retreat was also taking place.

According to the Gainesville Sun, ZBT is already on a one-year probation for hazing at UF, and the chapter has been suspended as investigations mount.

On its website, ZBT—established in 1898—as the country’s first Jewish fraternity, states that its mission “is to foster and develop in its membership the tenets of its Credo: Intellectual Awareness, Social Responsibility, Integrity and Brotherly Love.”

Apparently the brothers mistook their oath for the tenets of Rampant Idiocy, Face-Slapping Shamefulness, Shocking Rudeness and Embarrassing Their Mothers.

What a freaking shonda.