I come from a long line of bargain hunters, but trampling each other at Wal-Mart might be an indicator that shopping has become a sickness in America.

Yes, sitting at home today with a cocktail and clicking until the credit card charges prompt a phone call from a VISA customer service agent inquiring whether you meant to purchase six inflatable aqua bars to be delivered to your children’s elementary school may also warrant a reign-in of spending superpowers.

I know, Chanukah and Christmas are coming up fast and your list is long. And Android tablets can be found for less than a pair of decent shoes (me, I’ll take the shoes.) But are you really saving if you’re buying buying endlessly buying cheap sh*t from China that will be obsolete by spring?

I’m not gonna begrudge your enthusiasm in keeping the economy going; Lord knows someone’s gotta. I’mma just sayin’ it would be so lovely to spread some of that dough to the artisans putting out lovingly handcrafted items like this supercool Bicycle Menorah from Susan Fillenbaum.

And whaddya know–shipping is free for Cyber Monday!

Oh, you know I love me some Jewish parody, and it’s been a looong time since one has made me chortle like this spin-off from a bunch of hilarious Israeli Russians in Tel Aviv.

Then again, I laugh at Little Yenta Girl’s poop jokes every single time, so maybe my sense of humor is warped beyond repair.

Anyway, you should know that “I’m Jewish and You Know It” contains crude sexual references and a lot of offensive, blasphemous stuff for Jews and Christians and well, it just had me ROFLMAO.

Thanks to Jewlicious for this one—CK points out that the original video “I’m Sexy and I Know It” by LMFAO has its own circumcised shlomo hanging around the background:

Nice one, CK. Thanks for the tip—heheheheheh

Good Shabbos to all! 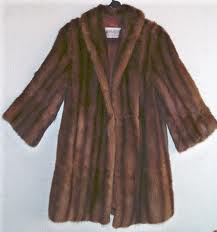 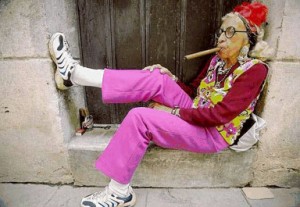 So at my day job, I’ve had to somewhat pussyfoot around Savannah’s mayoral race because apparently, politics are very political.

But here at Yo, Yenta!, loud opinions are very much allowed, because there’s no one else around to tell me I cain’t. If you’ve seen me in person, you already know I’ve been very vocal about where my vote is going. Since the election is tomorrow, I’m gonna make it official: 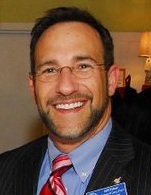 I’ve attended multiple mayoral debates, and there’s a clear difference between Jeff and the other five candidates. Jeff is energetic, pro-business, forward-thinking and ready to implement change. Everyone else seem like they’re running on haggard, feel-good nonsense about “keepin’ the kids off the streets and out of trouble” and creating jobs out of thin air.

While I don’t agree with his stance on the harbor deepening and plan to rally against it if he’s elected, I still think he’s Savannah’s best bet by far. He also stays awake at city council meetings, which is more than I can say for a certain candidate who has been caught napping on numerous occasions via public access television.

But frankly, he had me at gay Jew.

That alone says progress. Savannah has been stumbling 15 years behind socially, environmentally and economically long enough. Having a gay Jewish mayor would make finally make both of those adjectives a non-issue in this town. It would also attract a higher class of tourist and socially-forward companies who dismiss Savannah as a backwards place to do business.

So where has Savannah’s Jewish community been? Not behind Felser. No endorsement from the Savannah Jewish News. No old schoolers calling with fundraiser invitations. No bigshots escorting him around last week’s Shalom Y’all Food Festival.

I wish I could chalk up the cold shoulder to the old Savannah Jewish tradition of sticking with the status quo, not rocking the Christian boat, as it were. Or that it’s Felser’s politics that have driven the money and support to other candidates.

Unfortunately, I’ve heard firsthand that certain people don’t want someone gay representing the Jewish community. Of course, it’s all been said behind closed doors and off the record, but I found it shocking, embarrassing and inexcusable when this came to my attention.

Tomorrow’s election is likely going to come down to a runoff between Edna Jackson and either Felser or Regina Thomas, according to the latest poll.

My favorite conservative blogger SavannahRed wonders, if ends between Felser and Jackson, whether Savannah will support a gay mayor.

I hope we get to find out. And I hope Savannah’s Jews step up.

In the meantime, you know where I stand.

UPDATE: After posting this, a dear friend and Felser supporter called me to ask whether it’s in the campaign’s best interest to “out” Felser. I want to say that Felser rightly hasn’t addressed his private life in public, but I wasn’t aware it was a secret, either.

Perhaps I’m remiss in thinking that the chilly “don’t ask, don’t tell” climate of gay people in Savannah politics has warmed. After last week’s post by SavannahRed, other news pieces and a discussion with one of his campaign volunteers, I assumed that Felser is fine with the public acknowledgement, since only by bringing it to the surface can we dismiss it for what it ultimately is: Irrelevant.

Yes, I know I wrote earlier that I find it a selling point, but that’s because I want the Savannah Pride Festival to have enough clout to bring in RuPaul next year.