So I was lamenting the dearth of Rosh Hashanah parodies on Twitter recently (do you follow @yoyenta? Please do!) and lo and behold, my mother sends me a link to this.

While it has nothing to do with the Days of Awe, it does involve deli meat, loquacious yentas and bored hipsters, so ya know, it’s super Jewish. I guess it’s funny.

But I kind of also wonder who we’ve become when a shivah — a gathering of mourners where, yes, there is usually some delicious snacking because nothing assuages grief like stuffed cabbage — is lampooned as nothing more than a comedic drive-thru window.

I know, I’m just sensitive, probably because sitting shivah for someone you actually knew and cared about isn’t all that fun. Maybe I just have low-blood sugar.

Here, watch my favorite Fountainheads’ Rosh Hashanah parody from days of yore while I go get a corned beef sandwich. 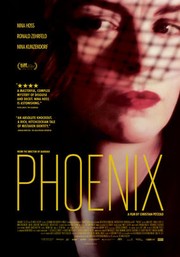