Just when I finally got Macklemore’s “Thrift Shop” out of my head, Jewish singing troupe Six13 puts THIS on the seder plate:

AWESOME. Now I’ll spend the next eight days and nights murmuring  “Changin’ my pots and pans…gotta have Manischewitz for my prophet…I got haggadehs, lookin’ for the chametz…we’ll be munchin’ matzah…”

#Eleventh plague. What what? 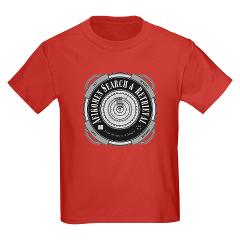 Attention all members of the Afikomen Search & Retrieval Unit 613! Your uniforms from Jewnion Label are ready!

But you know who’s not ready? This yenta.

Yes, I should’ve been chametz-hunting this weekend like a good Jewish mama, but we all know how that usually goes for me.

Instead I accompanied Yenta Boy to Athens for the Georgia State Science and Engineering Fair, where he and his buddy Luke won third honors for their time perception project, a riff on Einstein’s theory of relativity shaped like Dr. Who’s TARDIS. More on that on this week’s Civil Society Column, posting tomorrow.

So I guess I’ll be spending the afternoon clearing the house of treyf cereal and hot dog buns while I finish off all the stray beers hanging around the bottom shelf of the fridge. Should put me in fine form for the seder, which I am so please NOT to be hosting that I may perform my special Dance of the Ten Plagues for everyone’s enjoyment. Whoever finds the afikomen will also get a sloppy kiss from Auntie Yenta, likely ensuring that we will have to host our own seder again next year.

Chag Sameach, y’all. I gots cleaning to do. And a “Locusts” segment to choreograph.

Those angel-voiced yeshiva boys are back with an a cappella medley of Passover-themed lyrics set to the soundtrack of Les Misérables.

Think of it as a song of no-so-angry men, reminding us the the true meaning of Passover is that the Jews were miserable before anyone else:

Swarms of insects “the size of small birds” have descended on Israel, reports the New York Times, causing crops to fail and my stomach to retch. Giant freakin’ grasshoppers. Everywhere.

Since it’s so close to Passover, you’d have to try verrrrrry hard NOT to make references Pharoah’s Plague No. 8, when God sent enough voraciously hungry fliers to “cover the face of the ground so that it cannot be seen” and “devour what little you have left after the hail, including every tree that is growing in your fields.” According to the Book of Exodus, anyway.

But this is the age of the industrial chemical machine, and Israeli Ministry of Agriculture can do what Pharoah could not: Spray the sh*t out of those creepy tings with poison pesticides.

Which is kind of a shame, ’cause some people think they’re good to eat. Israeli chef Moshe Basson says, “they taste something between sunflower seeds and baby shrimps.” A problematic comparison as a person who keeps kosher does not know what “shrimps” taste, no matter how young and tender they are, but locusts are kosher, and people are snacking.

If they head this way, I’ll try out this recipe for Locust Bisque on El Yenta Man. 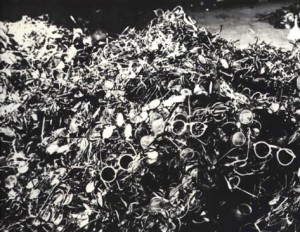 Growing up Jewish, you know about the Holocaust.

You pray for the Six Million at synagogue. Your parents or your youth group leader (or my in my case, both) take you the museums their piles of eyeglasses and locks of hair and barbed wire installations.

Maybe you even have a relative who was there, who tells you stories about stealing bread in the Ghetto. Maybe you know someone who escaped but whose eyes turn misty at the family left behind.

Eventually, you reach a kind of Holocaust saturation point. Your mind is full of the facts and the maps and Hitler’s clinical, systemic evil. Your heart can’t take another sad story about a sadistic SS guard or a mother forced to give up her child or whole towns shot and buried in shallow graves.

So you develop a certain gallows humor about it, trying not to think about what will happen when the last of the survivors is gone and the whole rotten horrible thing is all in the past, just another museum to see on your trip to DC or Philadelphia or Buenos Aires or Jerusalem. While you’d kick those a**holes who deny it ever happened in the balls if you had the chance, you sometimes secretly wish that as a Jewish person, you didn’t have to know so much about it.

And just when you think you can’t carry anymore about the Shoah, that you’ve wrapped your mind around the Hideous Thing that happened to our great grandparents and our grandparent as far as it can go, you find out it is was even worse than you could possible imagine:

Researchers at the U.S. Holocaust Museum have finally counted up all the ghettos, the rape brothels, the death camps, the work camps, the slave houses and all the rest of the sites where Jews and other non-Aryans were tortured, starved, maimed and killed: Forty two thousand five hundred sites of sadism and inhumanity.

The numbers are giving me a terrible headache. Lead researchers Geoffrey Megargee and Martin Dean figured they would catalog 7,000 when they began documenting sites in Germany and Poland and beyond the Pale.

42,500. That’s twice as many high schools in the United States. In an area the size of Montana. Which means there was really no way all those German and Polish neighbors couldn’t have known what was happening.

The Six Million, and the total murder number of 10 million men, women and children killed in the Holocaust will have to amended: Drs. Megargee and Dean now estimate it was more like 15 million to 20 million.What was previously figured at two thirds of the entire global Jewish population at the time adds up to even more dead unknown relatives.

It also means more museum exhibits to ponder, to grieve over, to show my own children.

Depressing for a Monday, sure. But on the bright side: Those a**hole deniers don’t have a chance. 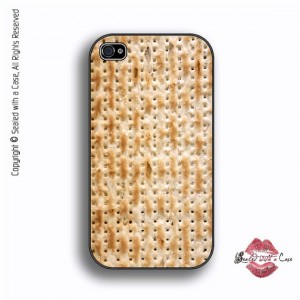 Whaaaat do you mean it’s time to begin thinking about cleaning for Passover?! I feel like I just cleaned the menorahs! Can’t we have a holiday that doesn’t require massive amounts of housework? Why does Judaism have to be so OCD?!

*sigh* I may never get to all the chametz, but at least my iPhone can be kosher for Pesach with this marvelous matzah case.

Available from Sealed with A Case on Etsy.com.