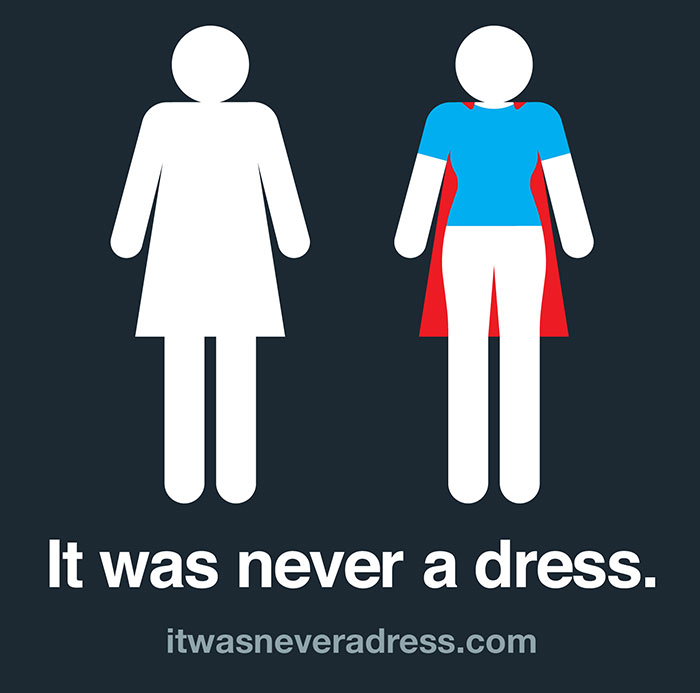 Hopefully by now you’ve caught a glimpse of the reworked universal symbol everyone is talking about:

This graphic whipped through the interwebs this weekend with mentions in the New York Times, BoredPanda, the Today Show, HuffPo and about eleventy billion tweets lauding its brilliance.

What better way to “shift perceptions and assumptions about women” than to reveal the ubiquitous bathroom lady as the superhero she was all along?

The campaign was launched last week by Arizona-based software company Axosoft as PR for its Girl in Tech Conference and to promote more female participation in Science, Tech, Engineering, Art and Math, which is always a good thing.

But here’s my favorite kicker: #ItWasNeverADress is the brainchild of a certain Tania Katan, author, activist and the reason why Temple Emanuel youth group meetings in the 1980s were so much fun. She recently left her post as Curator of Performing Arts at Scottsdale Museum of Contemporary Art to become Creator of Code at Axosoft, a surprising switch that shows just how creative and exciting the STEAM world has become.

Super proud to know this woman and watch her genius shine!