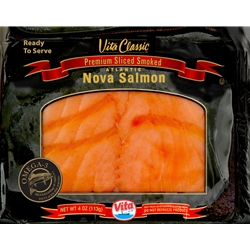 2 thoughts on “Throw Out the Lox! Vita Smoked Salmon Recall”