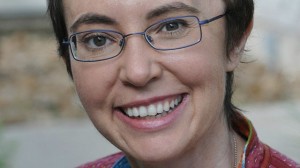 A whoop of joy for Congresswoman Gabrielle Giffords, who has been released from the hospital after being shot point-blank in the head last January in Tucson.

She’s talking and walking and—most importantly—smiling, but experts warn that her “rosy recovery” from skull surgery is nowhere near its end and that brain injuries like hers rarely heal completely. Sending up a Misheberach healing prayer for the best outcome possible.

The shooter, Jared Loughner, who also killed six others and wounded 13 more, has been declared mentally incompetent to stand trial. I suppose he gets a Misheberach too—if only so that justice can be meted out.

Even if the congresswoman recovers enough to tap dance, it appears unlikely that she’ll be returning to Washington anytime soon—though her loyal staff reminds us that the only “official timetable” for deciding whether she will run for re-election is May 2012, when the petitions are due.

So that’s one less Jewish Democrat in the House. And according to the interwebs, it’s soon to be two: 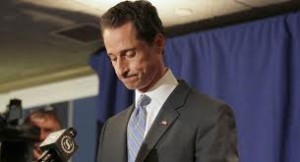 After all his blustering, Anthony Weiner is reportedly going to step down from his congressional seat after weeks of overblown media coverage about his weiner shots sent to a passel of women who are not his wife.

According to the link, Weiner was “undone” not by the hollering of Republican blowhards or outraged constituents about his scandalous Tweets himself in his underpants but by hypocrites in his own party who threatened to “strip him” of his committee assignments if he didn’t resign. Such a shanda.

Look, I’m not defending his douchebag behavior or saying that his pregnant wife shouldn’t sue his pants off (er, I guess they’re already off…oops). But for those of us Americans who value having an outspoken, liberal representative in Congress who isn’t afraid to throwdown when it comes to health care, National Public Radio and tax cuts, Weiner’s resignation is a loss.

Yeah, he might be dog—but he’s been a watchdog. And we need more of those than ever.