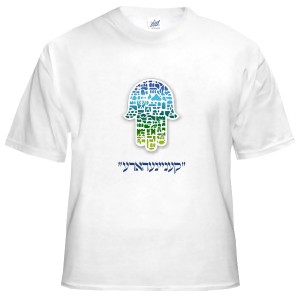 So Shalom School is almost finished for the year. The kinders and I have covered B’reisheit through the Red Sea, Adam & Eve to Abraham & Sarah to Moses & Zipporah, the major holidays and Aleph-Bet yoga (yes, for real.)

I gently introduced the Holocaust as “something VERY bad that happened when your grandparents were little” for Yom Ha’Shoah and led them with their little fists a’pumpin in several rousing courses of “Am Yisrael Chai” for Yom Ha’tzmaot. Hopefully, I’ve filled their little heads and hearts with enough Jewishy nourishment to last them through the summer.

But with just a couple of lessons left, I’ve found myself running out of ideas. So this week I decided to let my bubbies – God rest their souls – lead the way. Reggie may have been a devout athiest, but the woman taught me all the Yiddish I know, as well as the importance of shouting “Kinainahura!” to ward off bad juju. (Ahem, would that be jewjew?) My other grandmother, Ruth Feinstein, who passed away in 1986, always wore a filigreed gold hamsa “for luck,” she said. “And because you never know. (What in particular it is that we never know she never told me.)

They both taught me the existence of something called “The Evil Eye” – the ability of others to curse you with their negativity, envy or ill will. I definitely inherited this affinity for superstition from both of them and have added to their arsenal of Yiddish epithets and hamsas my own personal Evil Eye weapon, the Stink Eye, which is also useful when see your spouse trying to sneak off with the last of the cake or you catch your children with their elbows on the table at someone else’s home.

I figured my Shalom School students could use a little Old World psychic protection, so yesteday we cut out hamsas (a symbol recognized by both Judaism and Islam) and decorated them with jewels, then practiced making Evil Eyes and Stink Eyes at each other and hollering “Kinainahura!” until the principal came in to see what all the noise was about.

Of course I made sure to tell them that the Talmud says the Evil Eye can only affect you actually believe in it. Bbecause of course, it’s just bubbeminza (Yiddish for “nonsense learned from your grandmother).

But I’ve tacked up my pretty paper hamsa above the door anyway. Because you never know, right?

One thought on “T-Shirt of the Week: I Spit In Your Eye”