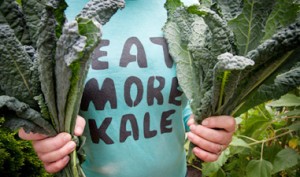 Look, Chick-fil-A’s feelings about gayfolk have never been a secret.

The corporation has been giving gobs of money to anti-LGBT groups for years, and has been accused of asking nosy questions in their hiring practices.

But Chick-Fil-A’s PR department blew up last week after CEO Dan Cathy gave his little “guilty as charged” shuck-and-jive when asked about his company’s views on gay marriage, and now EVERYONE’s pissed, including Miss Piggy.

The Yenta family has enacted our own personal boycott for many years, partly on the basis of tolerance for all as well as the fact that two stale pieces of white bread and fried piece of cardboard are really not worth eating.

We’re delighted to be joined by so many friends, including the Boston Michael Mennino who released a letter yesterday telling bigoted ol’ Cathy and his franchisees to take their business where the sun don’t shine. Then there’s my main man, mayor Rahm Emanuel, supporting Chicago alderman Joe Moreno on his attempt to block new franchises from popping up in the city.

Wait a minute. It’s one thing for consumers to choose not to eat at Chick-Fil-A because we don’t agree with the company’s sad and hypocritical views (or, just because the food is gross.) But it’s a whole different animal to prevent them from doing business in the first place. What happens when someone wants to open a Super Gay Jewish Unicorn Emporium in Chicago or Boston or Savannah? Are city leaders allowed to block that, too?

I never thought I’d agree with an asshole like Michelle Malkin, but perhaps it’s best to leave the boycotts to the people.

In the meantime, eat more kale.

(By the way, Chick-Fil-A tried to sue the maker of this t-shirt. Douches.)

One thought on “T-Shirt of the Week: Cluck you, Chick-Fil-A”