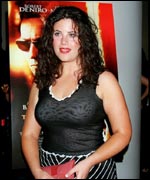 Monica Lewinsky, whose blow-job launched a Republican intifada back when we didn’t know how good we had it with ol’ Bill (you know he would’ve been in New Orleans right after Katrina wading through the water passing out cookies and juice), is moving across the pond to study for her Master’s degree in Psychology at the London School of Economics. If she thinks the British are going to go easy on her, poor thing.

They may even be harsher than Jon Stewart, but it’d be tough. His reference last week:
“Hurricane Katrina is George Bush’s Monica Lewinsky. The only difference is that tens of thousands of people weren’t stranded in Monica Lewinsky’s vagina.”

4 thoughts on “Keep Your Pants On, Tony”