You’re probably thinking from the title that this is another sex toy post, but I’m talking about books, guttermuffin. It’s Jewish Book Month, peeps!

While I’ve yet to read any of the following new publications, but I promise longer reviews if the author’s publicists do their job and send me free copies: 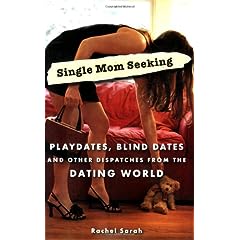 J. weekly reporter Rachel Sarah has finally given birth to her memoir, Single Mom Seeking: Playdates, Blind Dates and Other Dispatches from the Dating World, and I’m damn excited about it. Rachel is preternaturally prolific for a motherwriter with her j. columns, her blog, her other postings all over the Web and now this book. Plus, she’s one hot mama. Any Jewish single dads need reading material? 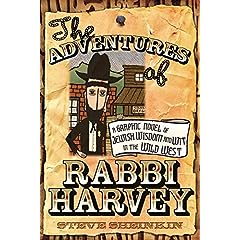 For those of us who prefer more pictures on the page, The Adventures of Rabbi Harvey by Steve Sheinkin promises to be a standout in the Jewish Western graphic novel genre. Told in comic strip format and deadpan one-liners, Rabbi Harvey tames the Wild West with Talmudic wisdom and lovingkindness. It’s appropriate for all ages, and is available with a teacher’s guide.

Then there’s Jonny Geller’s Yes, But Is It Good For The Jews?, a tongue-in-cheek tour of Jewish history and culture using a cockamamie mathematical formula called “Judology.” Being only a basic bank-balancing math person myself, I’ll have to do some studying to catch up. But like I trust the ancient rabbis to interpret for me, I’ll take Geller’s word that Prince Harry is not good for the Jews.

And while I never thought organ donation could be romantic, it looks like Joan Saltzman may change all that. Her book, Mr. Right and My Left Kidney, chronicles her path to late-in-life love and the sacrifice she made to keep it alive. Talk about being a “giver” in a relationship!

This week’s feature on Jewish books from the j. proves I won’t be the only one with a huge stack next to the bed this winter. Sorry, El Yenta Man  no time for nookie, it’s bookworm season!