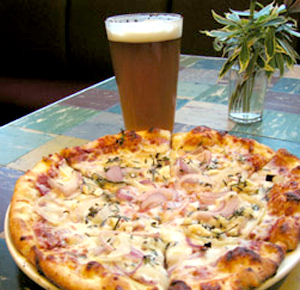 Well, it’s been a minute, hasn’t it? Passover has almost passed, which means two things:

This evening the Family Yenta will be scarfing pizza and beer (the root variety for the kiddies, natch) in front of Glee. (Speaking of which, after you’re done here, check out Jay Michaelson’s breakdown of the seder’s Four Sons as imagined through everyone’s favorite show choir characters in last week’s Forward.) After all that bread of affliction, we need some squishy dough and teen angst, STAT.

Eight days with no bread is no big deal for me since I do my best to avoid it anyway, like that friend from college who you always think might be fun to spend a night trolling the bars with but instead you end up with your wallet stolen and three days of hangover. I haven’t yet graduated into full-on gluten-free status (El Yenta Man complains I’m already high-maintenance enough) but I’ve finally had to accept that a bread bowl salad or even a sandwich puts me in a carb coma that makes people think I’ve been drinking wine at lunch. Still, a girl’s gotta leave the door open for exceptions like cupcakes and donuts and a real bagel once in a while.

The rest of the family had a harder time. Throughout our Scottsdale sojourn, Yenta Boy deemed himself the Chametz Police—he literally texted me five times from the same restaurant whilst out with Grandpa, asking me if the flat crackers they served were kosher for Passover (no) and if he could eat rice balls (yes.)

To our family, KFP means we don’t do anything fluffy or the five forbidden grains (wheat, spelt, rye, barley and oats) but none of us are so observant that we go down the road of ketinyot (which includes corn, rice, legumes and anything else besides matzah, which would make me crazy and constipated.) It’s heart-warming that my little rabbi wants to follow the Torah’s laws to the point of driving everyone nuts, but I finally had to explain to him that bossing around his elders is a much more egregious sin—the last straw was when he shrieked at my mother for eating a bit of a cookie.

The truth is that my family made an amazing effort to keep us all well fed and within the confines our observance this week with the most delicious results: From EYM’s tender brisket and my dad’s giant kosher turkey at the seder to Brother the Doctor’s delicately folded goat cheese-and-tomato omelets to his French girlfriend’s effortless zucchini salad to rack of lamb served on my parents’ patio, the standards of home cooking have been raised. I’ve already warned the kids to return to more mundane epicurean tastes now that we’re home.

And then—OMG—the meals had out: The locally-sourced roasted vegetables and tofu at the cafeteria in the aurally-orgasmic Musical Instrument Museum. Sweet potato tamales at the Cup Cafe in Tucson followed up by late-night salted caramel ice cream from Hub. A ladies’ lunch of cucumber lemonade, spaghetti squash casserole and dairy-free choco pudding at health guru Dr. Andrew Weil’s True Food Kitchen. And the grand finale, dinner with everyone at Roka Akor, hailed as one of the top ten sushi spots in the U.S. by Bon Appétit with sister restaurants in Dubai, Hong Kong and Macau. I swear I ate everything on the table, including the tempura leaf garnishes and every drop of the mango sorbet that came cradled in a tiny crate of ice.

Who needs boring old bread when the rest of the world is a gluten-free gastronomical paradise? Passover could be ALL THE TIME as far as I’m concerned.

Which brings me to the other significant thing about the end of Passover: It marks Yo, Yenta!’s SEVENTH bloggiversary!

If you’d like to give me a present and you know enough about Savannah to have a few favorite ideas about our fair city, you could head to Connect Savannah’s Best of Savannah ballot and vote for Jessica Leigh Lebos of Yo, Yenta! for “Best Blogger.” You have to fill out at least 25 categories—I’m happy to provide suggestions; here’s one: Mark Lebos as “Best Personal Trainer.” Voting ends April 30!

Yes, this blog is seven years old this week, which in interweb years is like middle-aged. But in spite of my recent visit to Scottsdale, there are no plans for Botox or implants here—this Jewish mama promises to keep flashing y’all au naturelle with uncensored stories from an unorthodox life. Thank you so much for clicking through all these years!