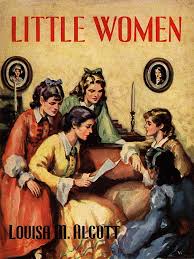 Completely obsessed with this week’ article in the Forward about Louisa May Alcott’s Portuguese Jewish history. (I read Little Women at least ten times as a child, and I always knew Jo and I had to be from the same DNA somehow!)

Eve LaPlante traveled to Portugal recently to research a biography about the Little Women author and her mother, Abigail, to whom she is distantly related.

Though “Alcott never wrote about her Jewish heritage, nor did she visit her ancestral homeland of Portugal,” LaPlante found the threads of their Jewish heritage amongst the bloody history of mass conversion in the 15th and16th century, when Jews were either forced to become Christians or be expelled.

Unbelievably, many Jewish features remain in Lisbon and beyond, even though the vibrant Jewish community that once lived here has been dispersed for centuries. Read more here.

There is good reason for my fascination with “Renaissance” Portugal’s and Spain’s expelled Jews: Many of them ended up in England, and a boatload of those refugees were sent over to America in 1733. Those 42 men and women docked in Savannah, GA just three months after General Oglethorpe had declared it a colony for England, and they founded Congregation Mickve Israel — the third oldest synagogue in the America and the one the Yenta family attends (not as often as we should. But that is a different blog post.)

The feeling of persecution is a familiar one for us who grew up with Polish and Austrian and German and Hungarian relatives who told us in their yiddishe accents about the heartbreaking and hair-curling anti-Semitism of Eastern Europe. The stories of Spain and Portugal are further removed — I don’t think I was even aware that Ladino, also known as Judeo-Spanish, a whole other Hebraic-derived dialect with songs and folktales, even existed until I found it on the interwebs.

While we are, well, not exactly comfortable but aware of the horrors of the Holocaust, the atrocities of the Inquisition are even creepier for their exotic evils. It’s amazing what the ancestors did to keep the traditions alive, practicing crypto-Judaism behind closed doors and pretending to eat pork to fool the neighbors. If someone suspected a converso as not being faithful enough to the church, all they had to do is sound the call and that person would be burned at the stake. In public. Like it was a party. Sick.

I just finished reading The Inquisitor’s Wife by Jeanne Kalogrides, a novel set in 1481 Seville, Spain just as Queen Isobel has issued her doctrine of death to the Jews. Marisol Garcia, a young women from a wealthy family, is married off to a lawyer with connections to the Church — ostensibly to protect her, though escaping one’s roots is awfully tricky.

While the story itself is a little slow and chastely romantic for my tastes, I was interested enough to keep reading all the way through — the scene where Queen Isobel sheds her fake-pious mask to host a party full of nude boys was definitely a highlight. Based on the true events of Seville, the book contains fascinating details of life at this point in history — what a crappy time to be a woman AND a Jew.

Of course, my FAVORITE book about the Sepharic conversos is The Blind Eye, written by my mother, Marcia Fine. Set in 15th century Portugal as well as modern times, it makes the connection all the way to Cuba and Miami — tracing the threads of this hidden history all the way home.

The Blind Eye was a finalist in the International Book Awards, and Mom travels to NYC this week to present it to the Jewish Book Council — it all goes well, she’ll be speaking at a JCC near you soon!

In the meantime, I think I’ll go brush up on my Spanish. Perhaps El Yenta Man and I might do some Sephardic sleuthing of our own while the kids are at camp…?