I know Hollywood isn’t known for its functional relationships, but what has gotten into our hot Jewish icons? 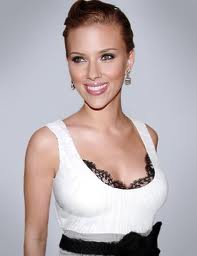 First, Scarlett Johanssen divorces “Sexiest Man Alive” Ryan Reynolds. Actually, in spite of his truly amazing abs, he’s always seemed like a tool (Two Guys and a Girl and A Pizza Place, anyone?) So maybe this isn’t so bad. No kids, and he’s not Jewish anyway. The Jewish single men of the world best get themselves some haircuts and start a’courtin’ Miss ScarJo, nu?

But then there’s Oscar winner Rachel Weisz, who married Harvard-educated director Darren Aronofsky in 2002, a had a sweet little boy named Henry and appeared to be a perfectly happy Jewish family. Then she had to go and jump the Bond guy (who, in spite of his smoldering performance as ass-kicking Pole hiding from the Nazis in Defiance, is not Jewish.)

And this one REALLY hurts: Natalie Portman, who’s got the world buzzing about her performance in Black Swan (directed by poor Darren Aronofsky), who was the nice Jewish movie star I thought I could count on to be sensible, the one damn example I had to hold up to my children that not every child actress turns out to be an embarrassment to her mother, is knocked up and engaged to French choreographer Benjamin Millepied. No, that is not a Jewish name (though it does translate into “a thousand feet,” which is a ridiculous/fabulous name for a dancer.) Look, I wish them happiness doing their tragic ballet thing together, but I sure do hope that kid gets a b’nai mitzvah.

As much as this mishegoss appears to be an epidemic, El Yenta Man has nothing to fear of this Jewish wife’s decampment. First off, EYM’s abs make Ryan Reynolds look like a couch potato. And anyway, Sean Connery will always be my favorite James Bond, and he’s so old just fantasizing about it makes me think about Depends.