I’ve gotten several emails from around the country — or rather, the same email forwarded several times — imploring me, as a Jew, to boycott Mel Gibson’s new movie, Edge of Darkness, opening this weekend.

Now, I have many reasons to not to see Mel’s film. First off, he’s a cheating douchebag. Second, his Jews-killed-Jesus directorial direction in The Passion of the Christ made all the old people in America scared to go to the mall. Third, he’s never apologized for his 2006 anti-Semitic drunken spewfest when he accused Jews of being “responsible for all the wars in the world.”

Look, I’m a forgiver. It’s been a long time since Mel has shone his bigoted colors. I mean, after three years a reporter should be ashamed to even bring it up, right? Watch KTLA’s Sam Rubin try his damndest:

Yup, Mel’s still a douche. But I’m not going to tell you not to see his movie because it’s bad for the Jews. I’m telling you not to see it because according to the reviews, it sucks. 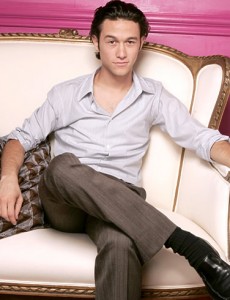 Better you should rent 500 Days of Summer, a very cute and inoffensive film with a kicky soundtrack starring sexy mensch Joseph Gordon-Levitt.

4 thoughts on “Don’t Have to Tell Me Twice”