Yup, she’s back from the brink at almost 170K miles and better than ever…until the transmission blows, anyway.

In my worry over this most blessed of rides, I forgot to show y’all something in my last post. While we were sojourning in the Western North Carolina netherlands, we came across the Absurdivan’s Conservative Christian Twin: 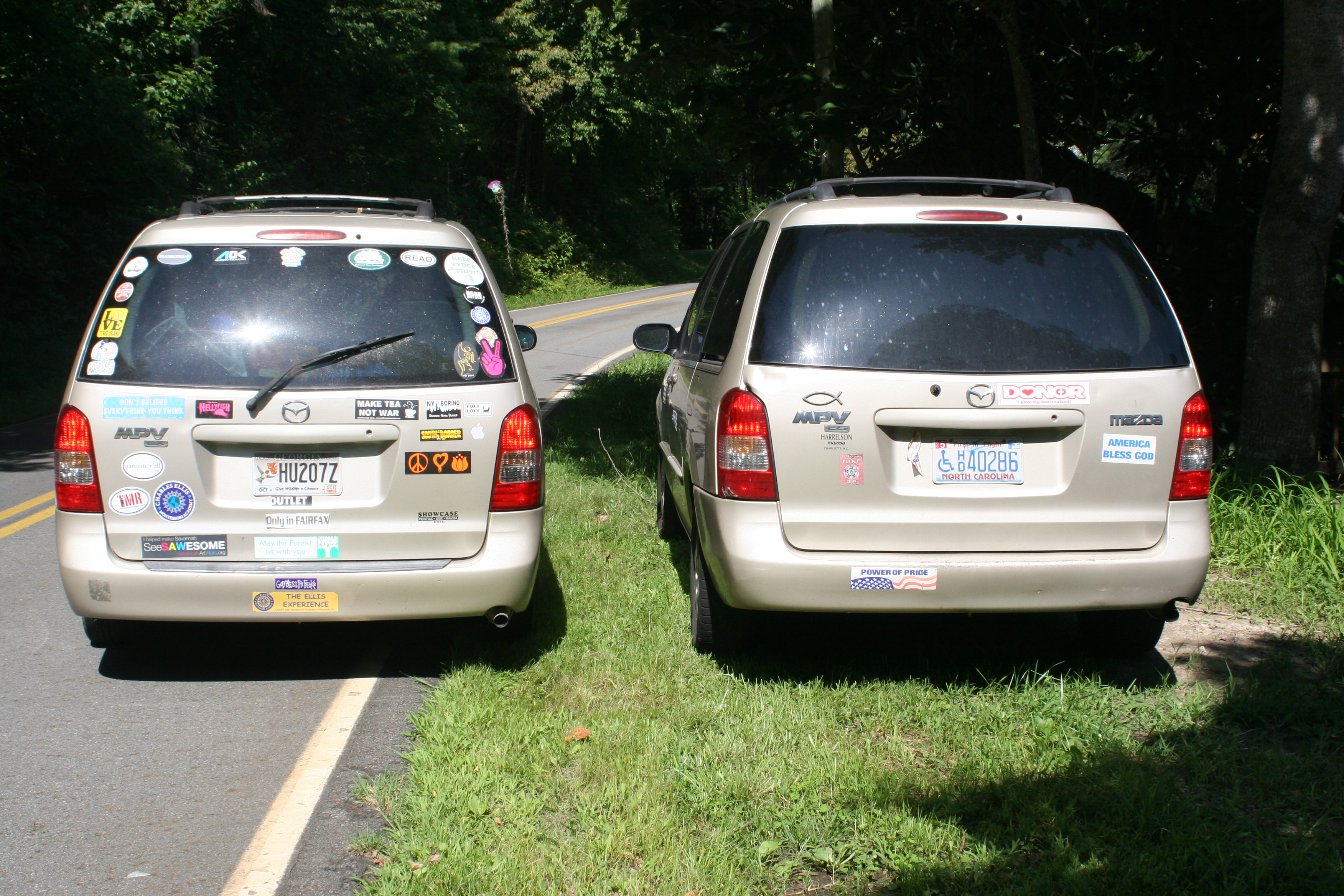 Between our mezzuzah and their Jesus fish, I think we pretty much rule this road.

Good Shabbos and a lovely weekend to all!

Ah, we are already knee deep the Hebrew month of Elul, that last moon cycle before Rosh Hashanah when we’re called to double-down on the self-reflection to ready ourselves for a new year.

I like to run down the alphabet of my personal vices at this time, with a few updates for 5773:

As always, my favorite way to remind myself to dial back these unholy but aggravatingly human qualities is to receive a short nugget of provocative sweetness every day of this month through the Jewels of Elul hosted by Craig Taubman. The joyful noisemakers of Craig n’ Co are big machers, so there’s all kinds of interesting people—Jewish and not—who contribute to this collection of wisdom and wit. This year Norman Lear, Peter (as in Paul and Mary) Yarrow and Quincy Jones (!) weigh in on this year’s theme on “The Art of Aging,” along with Israeli president Shimon Peres and the first female Orthodox rabbi Sara Hurwitz.

Sign up here to receive a jewel in your inbox for the next few weeks! At the very least, it’s a lovely way to start a day.

The Yenta is honored to have been a past Jewel contributor, but I have to say, I don’t know that I could have offered up anything nice to say about aging as an art. Personally, as my bum hip tweaks itself more often and my crow’s feet need much larger shoes, I find aging to be not so much a creative act but something that happens as a result of creation: We were each born with a certain amount of time, and that time, it flies, whether we put on fancy face creams or amass wealth or still try to pull off shopping in the juniors section.

Maybe the art of aging is learning to do more with less, or accepting the fact that we may never rid ourselves from the ugly and embarrassing attributes that we must repent for year after year.

In any case, as we Jews slowly pull the curtain on 5772, I’m acutely aware that while aging may bring wisdom, it sure as heck does nothing for your joints.

It’s always a nice turn to be featured on someone else’s blog for a change!

Cedric’s partner Autumn leveled some difficult questions at me (again, I’m usually the one asking questions around here!) but I did manage to get it a mention of Yo, Yenta! and of course, Congregation Mickve Israel.

Be sure to check out YWS’ lovely “Out and About” shots and gorgeous “Open House” features! 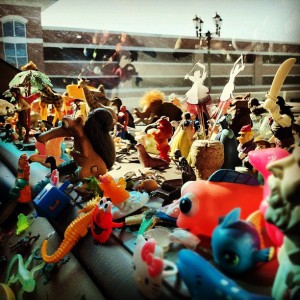 Shepping naches for her gold medal-winning floor routine today. Here’s our adorable Olympian rockin’ the shtetl during the team finals:

Oy, such kvells. Except now I’m kind of worried that all that flipping around to “Hava Nagila” is going to create unreasonable expectations for the dancing portions of Jewish simchas.

I don’t care how much wine is flowing or how groovy doing the “Electric Slide” with Cousin Bobby makes you feel, please do not–DO NOT–ask me to do a backhandspring at Yenta Boy’s bar mitzvah.

Because even though I can’t do a somersault without puking, in the reverberating excitement of the disco lights and glorious power of the knowledge that my only son is now kind of a man, I just might try.

And that would be terribly embarrassing for everyone.

If you know me at all, you know I cannot get e-freakin’-nough of Jewish rock parodies.

Thanks to Jewlicious for curing my jones:

He’s cute, nu? But in the wrong faith? Hardly, bro.