A man, Gen. James Oglethorpe, founded the city of Savannah and the colony of Georgia in 1733. Before he’d even gotten off the ship with the first settlers, he’d laid out the street grid and squares for one of America’s first planned cities. But if it hadn’t been for the ladies, Savannah wouldn’t be what it is today…

S’funny, I had a Purim hallucination about meeting the fabulous Ms. Stone a few months back and sharing some of my homemade pear brandy. We traipsed up and down Bull Street (aka “the spine of Savannah”) and talked about Girl Scouts and feminism and Jewishness and her travels in China.

I guess her article, published as part of the Travel Arts Syndicate (sounds like the best mafia EVER), means that it wasn’t just a confused brandy flashback.

Much ado has been made about a DNA study released last week that found that descendants of the Melungeons, those mysterious dark-skinned Appalachian mountainfolk, aren’t who they thought they were.

Or who I thought they were.

The study found genetic evidence that Melungeons came from the union of sub-Saharan African men and central European women—basically, the mixed-race offspring of black men and white women working as indentured servants in the first days of the American colonies—not the amalgam of Native American, Turkish and Portuguese genes that Melungeon Pride groups have come to herald as their ancestry.

While I agree with the Discover blog that other genetic lineages could have died out over the centuries, my theory that Melungeons were Portuguese Jews escaping the Spanish Inquisition appears to have bit the dust.

However, my other favorite Jewish American conspiracy—that Christopher Columbus was in fact Queen Isabella’s favorite Jew and sent off to the New World in order to save his tushie—continues to gain momentum:

Recently, a number of Spanish scholars, such as Jose Erugo, Celso Garcia de la Riega, Otero Sanchez and Nicholas Dias Perez, have concluded that Columbus was a Marrano, whose survival depended upon the suppression of all evidence of his Jewish background in face of the brutal, systematic ethnic cleansing.

In his last will and testament, Columbus directed a ten percent tithe to the poor, specifically indicating someone in the Lisbon’s Jewish Quarter, and signed the document with a triangular cluster of dots—a secret symbol for Mourner’s Kaddish and perhaps a decree to his sons to recite the prayer for him after he died. Scholars have also concluded that Columbus wrote and spoke Castilian Spanish, from which the Jewish language Ladino derived. (Ladino is the Spanish Yiddish—do you think “Ay, Caramba” is the equivalent of “Oy, Vey”?)

Think it’s all meshuggeh? (That would be “loco” in Ladino.) Here’s the rest of Charles Garcia’s article.

Geez, Columbus Day is already crazy controversial; not sure I want to know what happens when you add a Jewish layer on that…

Muchas thank yous to all those who helped the Yenta continue my reign as Best Local Blogger as voted by the readers of Connect Savannah!

As I rambled in my acceptance speech at Tuesday’s awards party, I’m not really sure why or how a loud Jewish hippie mama has continued to capture the attention and slaving adoration of a mostly conservative, very Christian Southern city, but life’s weird.

I’m just grateful you’ve bore with me this year as I’ve had to switch-up being a full-time yenta to becoming Connect’s community editor and Civil Society columnist. There’s just of much of me to read, but it’s mostly here these days.

Hoops, hollers and kvells to El Yenta Man, who was voted Best Personal Trainer! StrongGym was also voted runner up for Best Fitness Club after only a year in business. Guess that makes us a power couple. If you need EYM, he’ll be in the backyard powering up the lawn mower.

Bill Dawers, the gracious runner up for Best Blogger and many-yeared king of the Best Newspaper Columnist category (who pointed out that there’s no way this thing is rigged if he, “a freelancer for a rival publication” keeps winning), is also a damn fine photographer; check some pretty party pictures here.

Because I have a small black cloud of disaster that follows me and occasionally rains down hilarious irony, you may notice that things look a little different around here. I woke up two days ago to write this acceptance post and found that nine years worth of blog posts had melted into a soup of gobdelgooky HTML code: Something exploded in the bowels of my server and would all still be a hideous mess if not for Adam Singer, rabbi and chief geek at AJ Singer Studios, his website design company.

Not only did he transfer everything over to a new site and get things working again, I think he may have kashered my WordPress platform. He gets my vote for Best Tech Support next year! 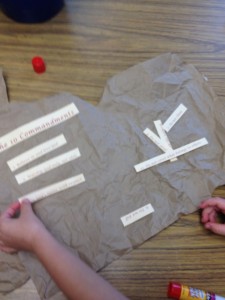 Nu, such a lovely tribute to the Jewish mother, acknowledging the endless chores and sacrifices of motherhood. Even if the serene mother in this video has not a hair in her sheitel out of place nor does her frying pan contain a speck of stubborn cooked-on gristle.

And nevermind that it’s basically a promo for Israeli company Wissotzky Tea. Though the lady exudes the calm that I couldn’t achieve even with a column of Xanax, the low-pro product placement keeps it classy:

Tea makes a nice Mother’s Day present, no doubt. I loooooves me some tea. Every day. With milk and honey.

But, as I argue in this week’s Civil Society Column, there is no greater gift to the modern mother than…birth control. 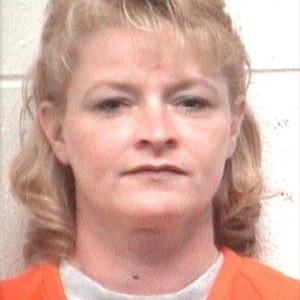