While I’m normally frightened by the ever-burgeoning “cartoons for grown-ups” genre (put away the bongs and go to work, people), a worthy addition can be found in “Minoriteam,” part of Cartoon Network’s “Adult Swim” Sunday line-up.

Featuring a quintet of ethnic stereotypes with superhero powers (including a El Jefe, a Mexican with a badass leafblower, and Jewcano, a muscular rebbe-dude who can shoot molten lava out his … wrists), the Minoriteam kicks a lot of bigoted, cracker tuchus and throws around plenty of ethnic gags (like Jewcano getting an erection over a nickel)  but it’s okay to laugh ’cause it’s ironic, see?

Clever, and offensive in that funny way, or funny in an offensive way.

Hit the button to watch a preview; if you want to watch Episode 1 click here.

There’s a new blog on the block for “gutsy Jewish chicks” and the people that love them, and even though it’s only three posts old, I had to add it to the blogroll.

Jewesses With Attitude would much rather reclaim the word “Jewess” (think “lioness”) than “JAP” and reflects a conscious attitude towards consumerism and stereotypes. JWA is the sexy little sister of another JWA, the Jewish Women’s Archive, a project concerning itself with the many positive contributions us Semitic ladies have brought to the world.

The term “Jewess” sounds vaguely dirty, almost an epithet  much like”feminist” these days  but I’m ready to take it back. Sh*t, if I’m not a Jewess with attitude, then who is, yo?

While cruising tabloid TV this week I learned that in the world according to Tom Cruise, a person can be Jewish and a Scientogist at the same time.

In the same article he claims amends his position on the Scientologist practice of “the silent birth,” saying that that mother can make all the noise she wants  it’s the other people who need to shut their traps. Hope for his sake he follows it when Katie’s pushing; women giving birth are known to bite.

And speaking of the female half of Hollywood’s Bionic Orthodontic couple, Cruise claims her Roman Catholic parents are “just fine” with their daugther’s conversion to Scientology … which brings us back to the assertion that one could be Jewish and Scientologish:

What Jewish parent would be fine and dandy with their daughter getting knocked up by a nutcase without marrying him first, then converting to his cockamamie religion? None that I know.

This year’s seder was lovely and meaningful, as I hope yours was, though a little on the chaotic side. Somewhere around the soup the youngest family member snatched the egg off the seder plate, squished it between her chubby little fingers and smeared it all over her brand new dress and her bubbie’s lace tablecloth in the time it takes to blink. But maybe mommy’s reflexes were just hindered by the third cup of wine.

Her brother delivered the Four Questions perfectly for the second year in a row, confirming everyone’s belief that he will indeed be the family’s first rabbi, because Lord knows we don’t need any more doctors.

El Yenta Man brought a new tradition to the family: Light a match and see who can sing the last verse of “Chad Gadya”  all the way from God and the Angel of death back to the baby goat and two zuzim  without blowing out the flame. (Did it. Yet another perk of being a non-smoker.)

We were also graced with the company of several non-Jewish guests who gamely sang along to “Dayenu” and ate every single bite of gefilte fish, bless their hearts. Their presence gave us a reason to slow down the seder and explain the meaning of each symbol more articulately than if it had just been a table full of hungry Jews who’ve heard it all before. The result was a seder steeped in appreciation for the freedom we enjoy and a longing for an end to the suffering in Darfur and the rest of the world.

Not for the first time I experienced the sense that being Jewish is such an enormous idea to grasp, that telling the story of the Exodus doesn’t even scratch the surface of what happened out there in the desert, and the miracle of sitting in a posh condo in Scottsdale knowing Jews all over the world were conducting the exact same ritual (varying degrees of horseradish heat aside) 3000 years after the fact brought me to a place of deep humility and gratitude. (I was able to maintain this enlightened state for several minutes until the girlmonster squirmed out of a full Nelson, dumped out the kitchen matches and started striking them on the tile floor.)

So when I read this Washington Post article about how some Christians have decided to have their own seders, I found it pretty weird. I mean, it was enriching to have Christians at our seder, but Passover is the story of the Jews. If we invited those same guests next year and they said, “Nah, we saw what you did and we’re just gonna go ahead and do it ourselves, only with Jesus,” (hypothetically speaking, of course, since these wonderful people wouldn’t do such a thing) the whole family would be appalled.

I have to share in the offense taken by the Jews in the story; a seder is not a seder if conducted in a evangelical church. Might as well stick a pork rib on the seder plate and break a piece of white bread for the afikomen  it just ain’t kosher, yo.

But me dyeing eggs with my kids and hiding them with some candy around the yard, that’s okay, right? 😉

After kvetching to the manager of my local Safeway about the extraordinarily lame Passover display (one flavor of macaroons, none of the those tasty thin tea matzos, an entire shelf of borscht), I got a real kick out of this short film starring Michael Rappaport and Hebrew Hammer hunk Adam Goldberg at the checkout line. Watch it  really, it’s funny. (A big “yo” to Bangitout blog.)

And while we’re on the subject of going to market, what’s up with grocery stores taking down the Pesach stuff three days in? All the metropolitan Jews probably don’t have such problems, but us out in the sticks  we got some edumacatin’ to do…

It’s a bizzy day at the Yenta house, what with carb-packing with errant chametz (I’ve eaten half a box of Fig Newtons, a bagel and a leftover health-food pop-tart from my son’s lunchbox in the last half hour) and readying the family to make the shlep south for seder. (Next year at my house, bubbie!)

In the meantime, I promise you will love Michael Rubiner’s Two-Minute Haggadah, courtesy of Slate.com (hat tip to Joe at j.):

Overview: Once we were slaves in Egypt. Now we’re free. That’s why we’re doing this.

Four questions:
1. What’s up with the matzoh?
2. What’s the deal with horseradish?
3. What’s with the dipping of the herbs?
4. What’s this whole slouching at the table business?

Answers:
1. When we left Egypt, we were in a hurry. There was no time for making decent bread.
2. Life was bitter, like horseradish.
3. It’s called symbolism.
4. Free people get to slouch.

A funny story: Once, these five rabbis talked all night, then it was morning. (Heat soup now.)

Speaking of children: We hid some matzoh. Whoever finds it gets five bucks.

The story of Passover: It’s a long time ago. We’re slaves in Egypt. Pharaoh is a nightmare. We cry out for help. God brings plagues upon the Egyptians. We escape, bake some matzoh. God parts the Red Sea. We make it through; the Egyptians aren’t so lucky. We wander 40 years in the desert, eat manna, get the Torah, wind up in Israel, get a new temple, enjoy several years without being persecuted again. (Let brisket cool now.)
The 10 Plagues: Blood, Frogs, Liceyou name it.

Thanks again, God, for everything.

Michael Rubiner writes for movies and television. His work has appeared in many publications, including The New Yorker, the New York Times, and Rolling Stone.

Gwyneth Paltrow and her honey Chris Martin welcomed their new baby into the world this weekend, a boy called Moses.

How nice for his big sister Apple to have company in strange namedness. Of course, I love it. It could be said that I’ve got a penchant for naming babies unusually  why should celebrities have all the fun?  but Moses is an unmistakably Jewish name, innit?

Gwyneth’s father is Jewish, and her mother, Blythe Danner, has played a nice Jewish mother in the movies, and of course, there’s the Kabbalah dabbling, so perhaps this means the family is edging itself closer to a Jewish idenity.

Mazel all around to the Paltrow-Martins anyway, yo. Come Rosh Hashanah time, they can sing “Apple and Moses, for a sweet new year.” 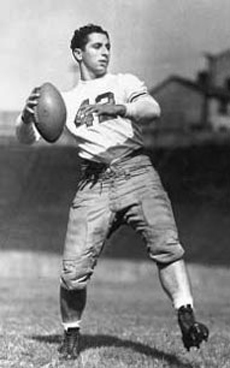 His wife, Rita, said that he spent the last several years “battling the effects of brain injuries caused by numerous concussions during his playing days.”

And that is why my son will play violin.

You got your attacking bugs, your Red Sea split, your evil Pharoah going down. The whole Exodus thing is quite a story, compelling enough that we tell it year after year.

But the youngest among us, maybe they like a little more punch in their Pesach. Maybe in the days leading up to the seder they want a different kind of Passover story, just to mix it up. And just maybe theres a grandparent or relative whos heard the telling of Exodus every year for decades and might like to volunteer to keep the little ones quiet during the seder by reading them a story  yknow, so the other adults can concentrate.

And, as we all know from the Haggadah, a good story has as much to do with its telling as it does with the plot (theres always somebody who can turn Exodus into a big yawn).

Read the rest of the Yenta’s book review “Beyond the Haggadah: Passover titles for the little ones,” from this week’s j.