Need a great date DVD? Or a movie to watch with your grandmother without having to have any of those uncomfortable “sex scene ” moments? Dummy stars Jewish posterboy Adrien Brody as an aspiring ventriloquist with a meshugga family that makes yours look like the The Waltons. His best friend is a cute, bipolar, Yiddish-warbling rocker chick, played with dazzling alacrity and authenticity by former supermodel Milla Jovovich (she’s come a long way from that whole Joan of Arc disaster. Stick with the Jewish movies, babe.)
With each scene, it only gets weirder, funnier and better. Romantic comedies are usually so lame, and we’re delighted to find this one shines.

If you err on the secular side of life, you may be wondering why you’re local JCC is closed early tonight for Shavuot. We didn’t know a durn thing about this forgotten redheaded stepchild of Jewish holy days, prompting us to ask the rabbi’s daughter for a few details. She didn’t know squat, either, so we didn’t have to hang our heads in shame (isn’t the inbred guilt enough already, people?)
It turns out it’s two holidays in one: The first harvest of the season in Israel and the anniversary of the Israelites receiving of the Ten Commandments on Mount Sinai. Celebrate by eating dairy foods to symbolize the land of “milk and honey” and staying up all night studying Torah, Talmud and other religious teachings. According to tradition, observers pull the all-nighter because the Israelites actually overslept on the morning of G-d’s visit.
Maybe the guilt is for our good, since it seems some of us have been lazy and ignorant since the dawn of time. Now go hang your head and eat some yogurt.

The Jewish Journal reports that adult film queen Nina Hartley, star of such classics as “Hump Up The Volume” and “Hot Crotch Coochies”, and her fianc

The press is making a big deal these days about Neil Sedaka “embracing his roots” and all that, but did he think he was fooling anybody in the first place? He always seemed like the Heeb Johnny Mathis to us. Anyway, on June 3 at Carnegie Hall, Uncle Neil will be baring his Yiddish soul for the first time since his sang “My Yiddishe Mama” on The Ed Sullivan Show several decades ago. Can’t make it? His self-produced CD of shtetl classics, Brighton Beach Memories is available at http://www.neilsedaka.com/

Apparently, our friends in Baltimore, MD have a little more to deal with this summer than just the humidity: The Jewish Times reports that the The Brood X cicadas have returned after their customary 17-year slumber to wreak havoc on picnics and festoon car grills with bug guts (better put the top up on the Z3, ‘cuz!) Some Maryland residents, inspired by some Martha Stewart psychosis, have posted recipes for the lil’ buggers, including chocolate covered cicadas.
According to the laws of kashrut, cicada-snacking is not allowed as a bug must have four legs in order to be considered kosher, two of which must be the length of the insect itself and used for jumping. Bummer, maybe a swarm of locusts will descend next year and we can party. 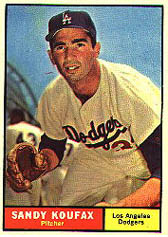 Just because we failed volleyball in junior high doesn’t mean we don’t believe in the Jewish athletic spirit. A new exhibit honoring the likes of Hank Greenberg and Sandy Koufax opened at the Leventhal-Sidman JCC near Boston, and we’re hoping it will make it around the country so we can all check it out. Until then, sportsfans, there’s always The Big Book of Jewish Athletes by Peter S. Horvitz, which includes Jewish athletes from almost every sport under the sun including football, baseball, basketball, hockey, track, fencing, tennis, swimming, soccer, golf, boxing, bullfighting, horse-racing, and even chess.
Bullfighting??? Oy, his poor mother.

The other day we heeded the intestinal call for cheap, fast, salty food and ran into our rabbi coming out of Mickey D’s. He seemed kinda sheepish, being caught in trayf-land and all, and was quick to inform us he was there for the new veggie burger. Hey, rebbitzim have to eat, too, and we figured if it has his blessing then it was good enough for us. Tasty? Yes. Nutrition-packed? Notsomuch. However, in searching about for information on the world’s leading fast food chain, we came across http://www.mcspotlight.org, which posits that no matter how many veggie burgers those golden arches churn out, the company is still as far from kosher as you can possibly get.

Did you know the governor of Hawaii is Jewish? Neither did we, but then again, she’s not even Hawaiian. Linda Lingle made her first trip to Israel this week with a delegation of other Jews and state politicos, hoping to create a partnership between the islands and a country she says is also sort of an island “because they’re surrounded by neighbors who are unfriendly to them.”
Um, yeah. Spoken like a true Republican.

Jewsweek posted this article from Orthodox publication The Forward, but we think it bears repeating. The Kosher Gym in Brooklyn has separate gyms for men and women and is closed on the Sabbath, but just because a person values modesty doesn’t mean they want flabby abs, right? Folks can even get in shape by sweatin’ to the rabbis- recordings of famous sages expounding on the Talmud are available for everyone’s use.
Personal fitness really is for everyone, as Kosher Gym proves, though obviously, butt floss leotards on the StairMaster are not. Holy-Mother-In-Her-Own-Mind has canceled her plans to perform in the Holy Land, citing war, politics and other obvious inconveniences as her reasons. Some dare to interpret her schedule change as a reaction to the many Israelis who think her latest religious conversion is a crock of falafel.